Welcome! So, last update we spoke of fleshing out the UI a little more and we’ve been hard at work doing just that.

As was hinted; tooltips make an appearance detailing all of the weapon and item statistics. With that the Shop screen has been updated with skill and description panels and the weapons customization screen now has a lot more detail. 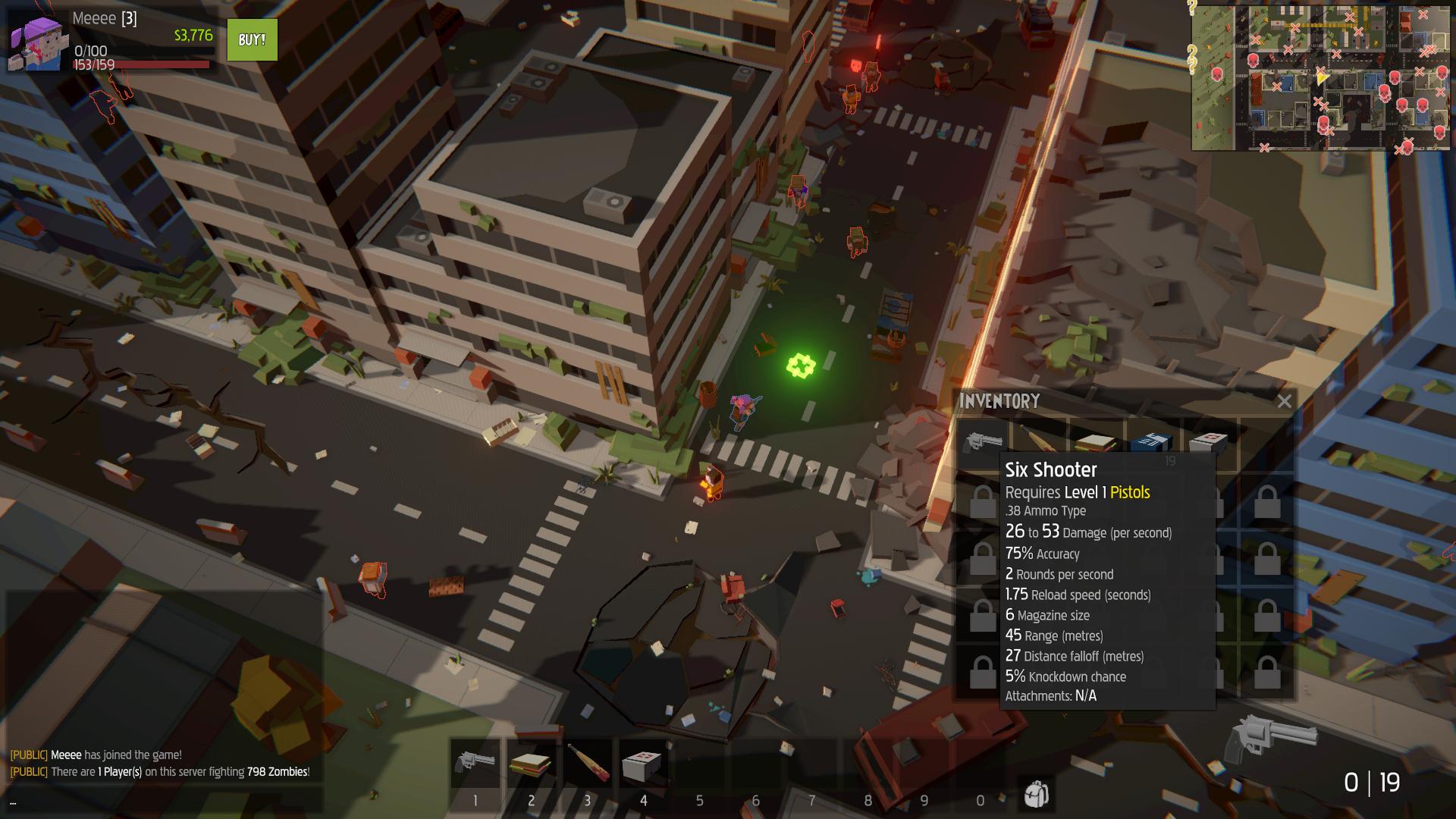 That additional detail will come in useful for choosing one of the 4 new guns we’ve added, not to mention configuring them as we’ve also added over 35 different attachments for both new and existing weapons! What’s more? We’ve swapped out the weapon models and icons for new more detailed equivalents.

We thought that it might be better to have specialist skills for specialist weaponry.

Weapons like submachine guns don’t fall into the category of Rifles or Pistols so they now have their own skill and some weapons will now need more than one skill to use. For example the AJ47 is now an ‘Assault Rifle’ and it requires Level 10 in Rifles and Level 1 in Assault Rifles. 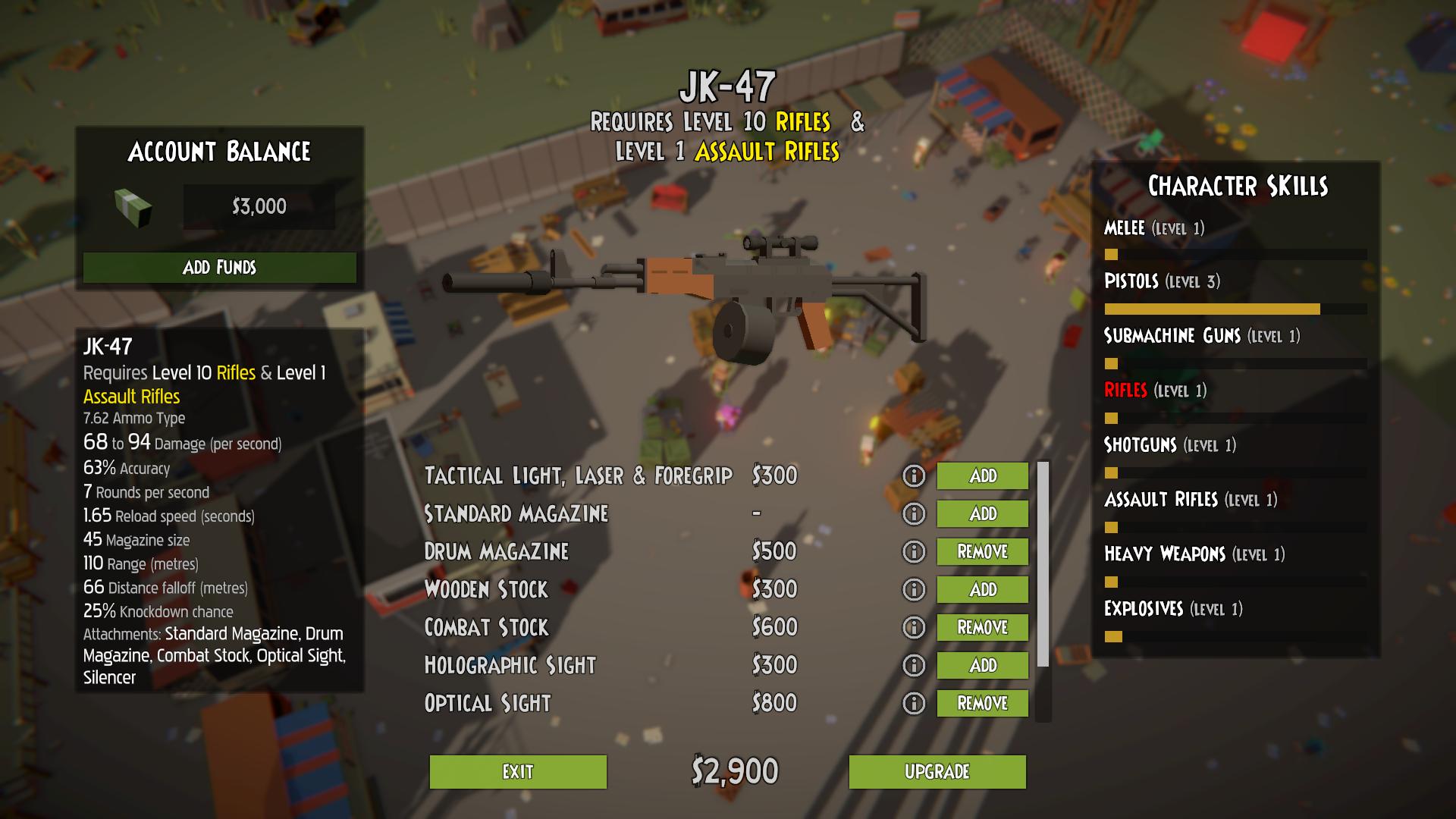 As we now have a lot more guns to be added (over 40!) it seems a little strange to have generic ammunition for each class of weapon, so we’ve added ammo types that are shared across the classes. Certain Pistols will chamber .38 or 9mm ammo for example and Submachine guns chamber 9mm or 5.56.

Designing weapons is quite a large part of the fight and is great fun as you’ll soon find out!

We’ve also been balancing things a little better; we made cash drops a little more regular and have adjusted the levelling formulas. Previously it was a little too easy to level up so we’ve fixed that but note that your characters level may have changed as a result. You won’t have lost any progress but as a result of balancing, the XP you’ve accrued might put you at a different level from before. 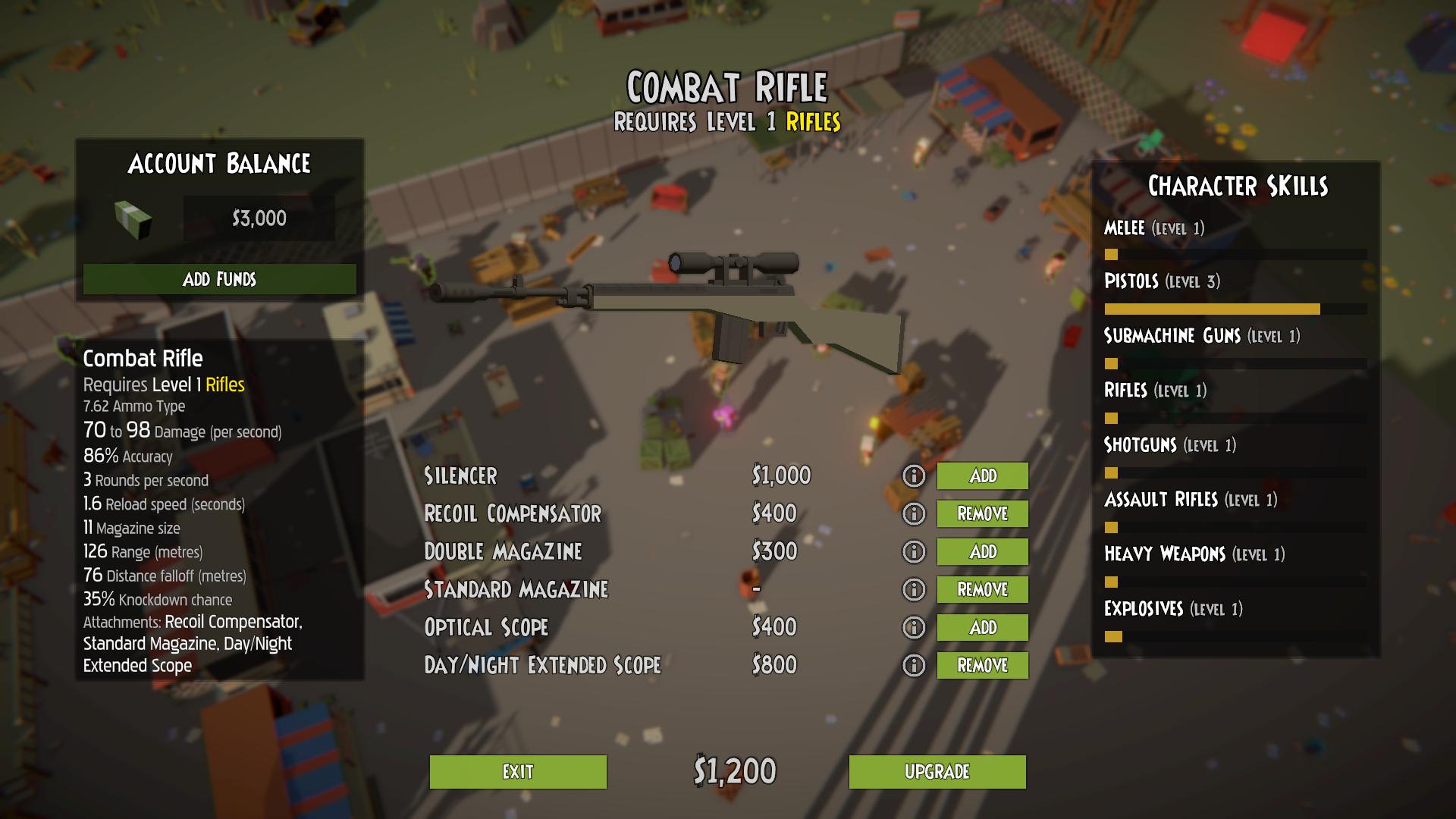 What’s more? Well we’ve added a few new characters: ‘Bear Trap’ has a hunter like appearance and specializes in Rifles and ‘GI Jane’ the hard faced mofo has some starter levels in Rifles and Heavy Weapons.

We’re pleased to say we’ve also been listening to feedback and have added WSAD controls as requested. There’s some great feedback and suggestions flowing in our Discord channel. 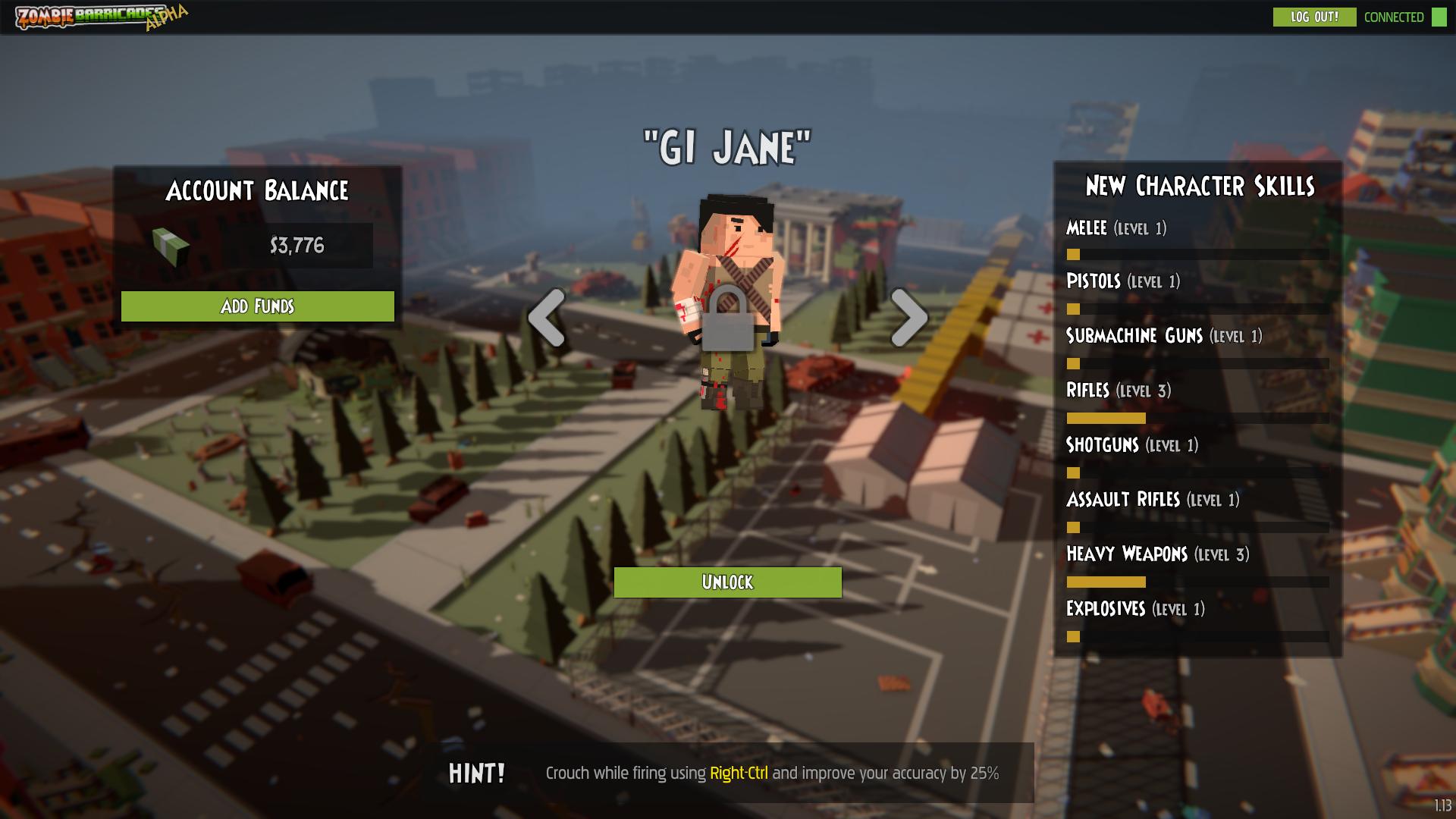 Look forward to Update 6 in which we’ll add exploding car wreckages, ‘fire’ elemental damage and start making the NPC AI react to situations. Until next time!