After a couple of months in the basement tinkering and tweaking it’s finally ready!

This update brings substantial improvements across the board and we’re treating it very much as a ‘version 2’ behind the scenes. After a few weeks in testing, we’re excited to push it out.

But don't take our word for it, check out this new trailer!

We’ll give you a quick run down here what to expect before you hopefully dive in and have a play.

Perhaps the biggest change in this update is the decision to move to a zone or region based system of gameplay areas.

Previously we had one big map that would contain everything but it left us with little room for expansion and was pretty limiting on the amount of players we could have per server.

We’ve now split the map into chunks and are in the process of growing them out so they are big enough for more players and are fun to run/drive/fly around. Also because of this key change, we’re excited to announce that we’ll be adding interiors. They’ll be like the proverbial ‘dungeons’ filled with interesting zombies, critters and loot!

To navigate between the maps, look for purple dashed boxes and move your character within them, you’ll automatically connect to the next area. Note that the areas are shown as purple arrows on the minimap. 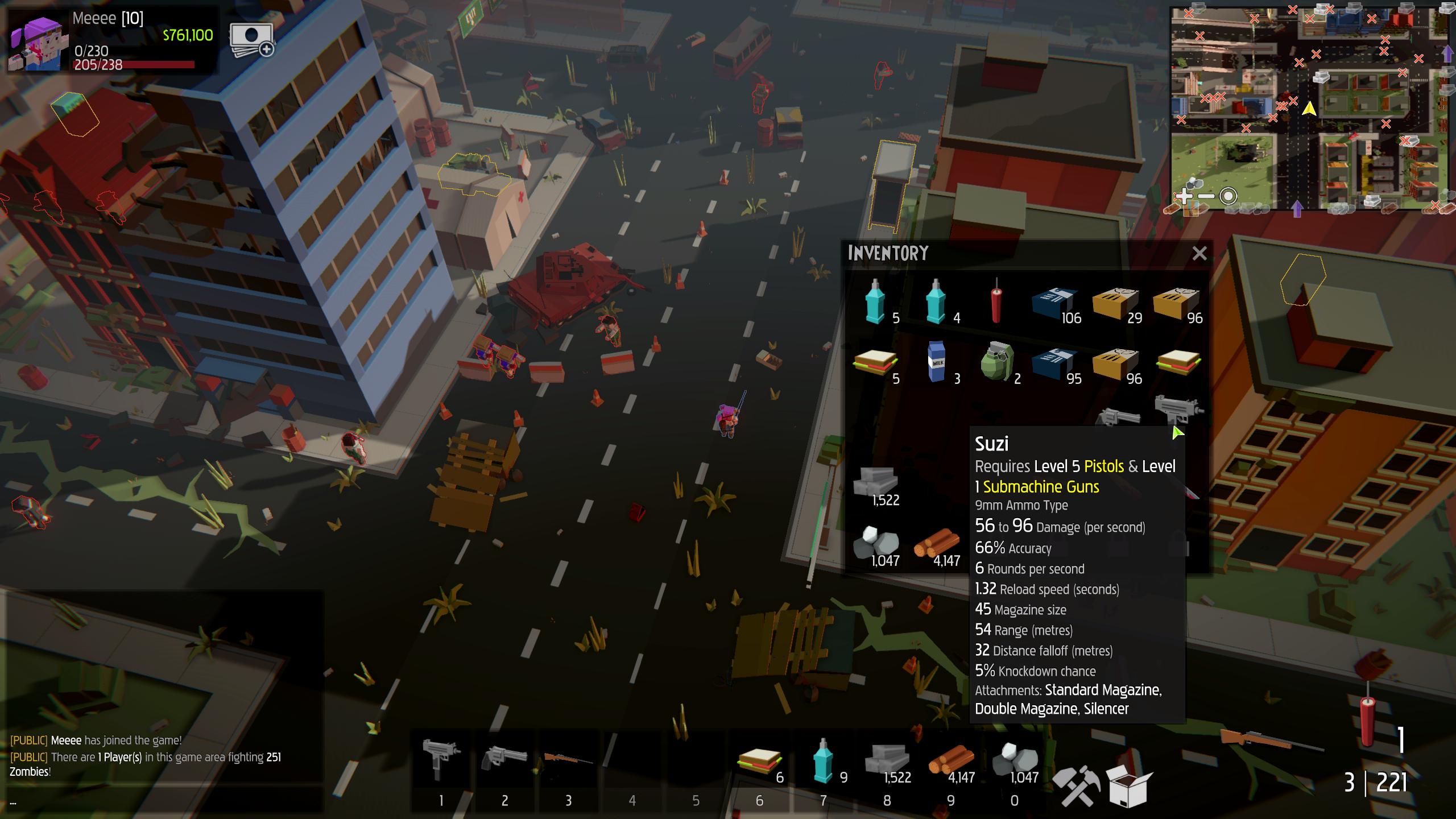 An ideal way to replenish grenades, food or ammo – lootable stashes can be shot or hit to drop useful items but beware, they can also be burned and destroyed!

Three key resources have been added for the barricades mode namely Wood, Stone and Metal. You can find these resources scattered around the various maps (just Fort Hope and Northern Wastelands for now) and collect them in the same way as lootable stashes.

After you’ve filled your inventory with resources head to your Home Area (out the west gate Fort Hope map follow the road) and place some blocks. There are many types of block using one or more resources and you can also place gold blocks. Gold blocks are super strong and will be a way of avoiding soon-to-be-introduced penalties for death.

We’ll be expanding the build mode quickly, adding new items like doors, windows, wreckages, turrets which will allow you to create maps you can defend from Zombies or other players in a variety of planned game modes. More information on this to follow! 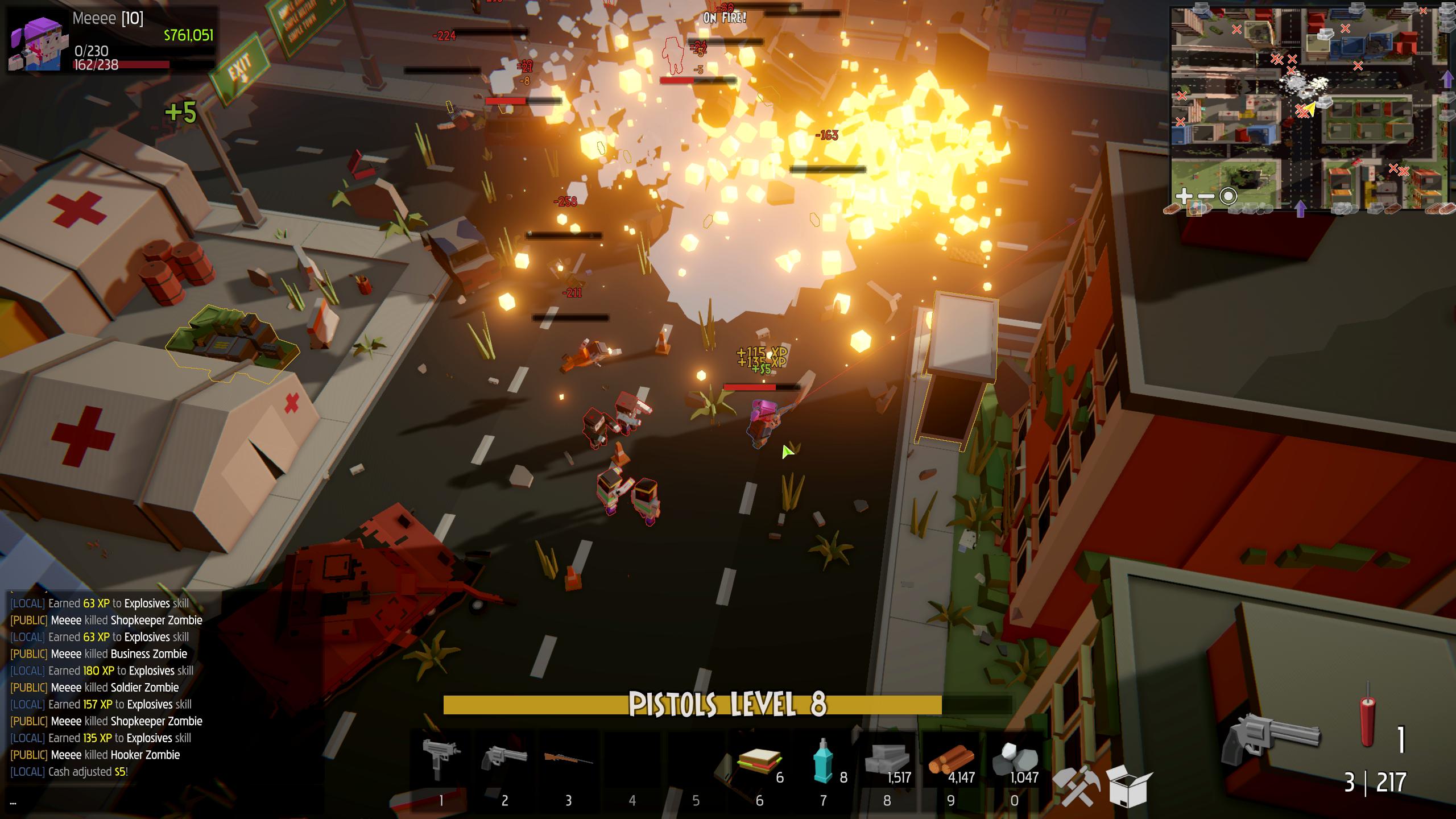 With the new area system breaking the map into smaller chunks, PC’s have much less to load up initially and aren’t keeping much in memory so we should see a boast in performance. In addition, the network layer has seen further optimizations and we added some additional hardware behind the scenes.

A lot of kinks in the UI have been worked out, tooltips and icons have been tidied up and redesigned where necessary and the minimap now has manual pan, auto follow and zoom options.

The work accomplished over the last few months paves the way for some really exciting stuff: boss zombies, interiors, even vehicles aren’t far away now. We’ve a few boring pieces to add such as a tutorial, controller support and key remapping but that shouldn’t take us to long.

The vision of creating a fun and mostly free multiplayer game is coming along nicely! 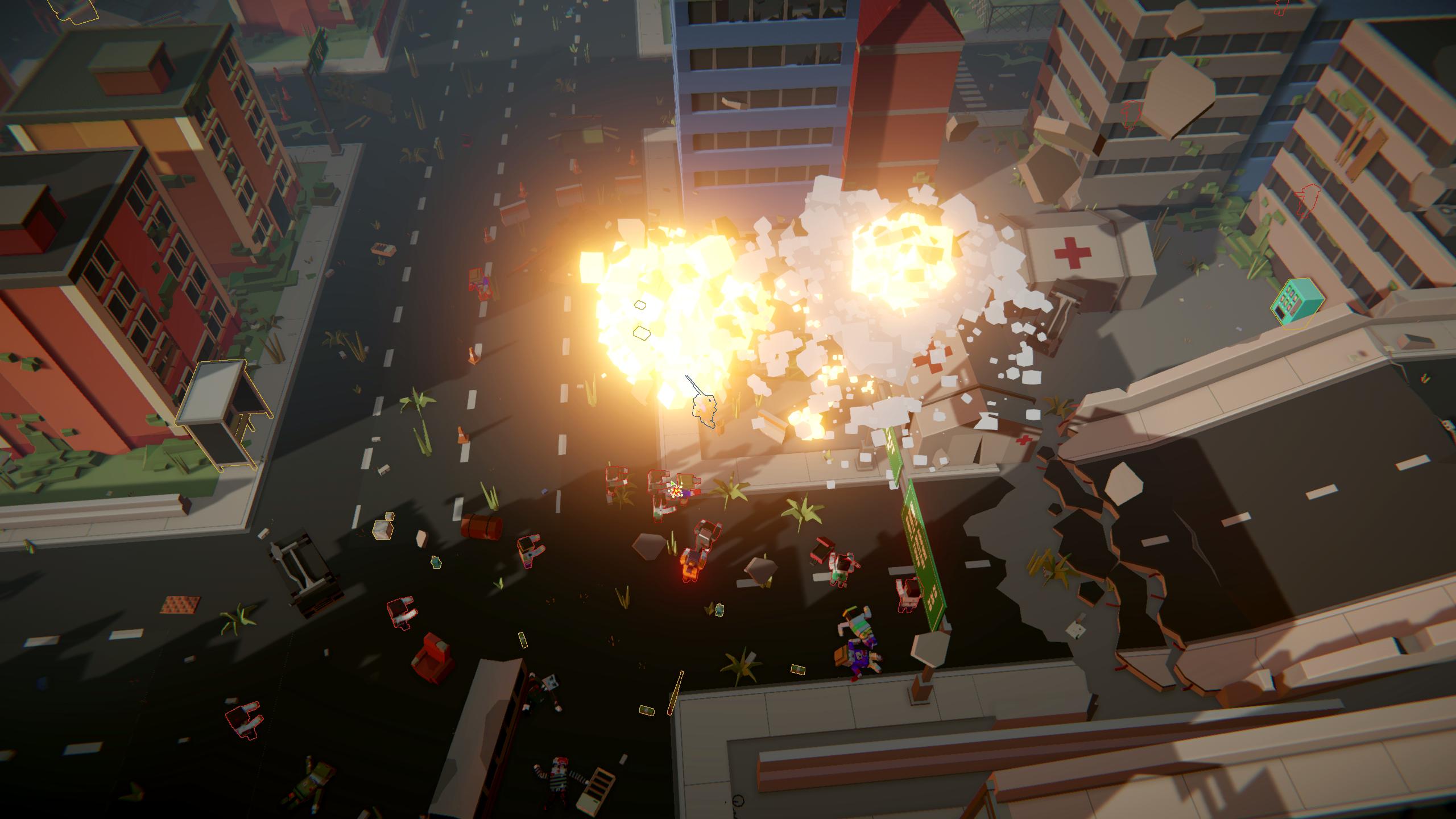