So introductions are long overdue!

Hello I’m Jimbob and I’m the project founder and leader of the small team creating Zombie Barricades. The project has been up and running for a little over a year now and it’s been a lot of fun especially recently when we put the ‘first playable’ online.

I especially enjoy welcoming in new Players and conversing with the community.

Here marks the start of a new kind of blog entry, one where I step away from the default attitude of trying to setup an ominous brand to hide behind and speak to you ‘mano – a –mano.’

The first load of updates focused on polishing what we had and adding some minor new features and with your help we’ve created a fantastic platform ready to pump full of content. But before we do that we’ve tiptoed into the background to prepare two exciting game changers.

So you’ve probably played the game and thought “So Jimbob we got Zombies, lots of bleedin’ Zombies but I can’t see no barricades” and it's a pretty good point. Now we’re working on that significant other side of the game and are nearly ready to work it into the alpha!

Pretty soon you’ll be gathering resources so that you can build mighty fortresses to hold off Zombies, bandits and other pesky Players. In the end you’ll have a car port for your customized tank, a helipad on the roof for your Apache, guards and painstakingly placed turrets and even some nice little picnic furniture out front… wait sorry, getting ahead of myself… ahem, we’re gonna start out simple at first but we have big ideas!

As you’ve guessed from the screenshots, it works around an all too familiar block building mechanic with some funky twists. The blocks have characteristics and can be shot or bashed, set alight with the fire spreading to adjacent blocks and the blocks will fall if they aren’t supported. So in the end you’ll have a fully destructible environment to wreak havoc that you’ll have crafted from your own very hands.

Anyways enough about that, because every time I think about what’s to come I end up spinning around on my chair giggling like a mad-man, so it’s best we talk about something else.

So the idea was to create something that had a series of maps that Players could join. But the feedback is that the current map is a tad small and if we made it much bigger, slower computers really would start to suffer.

So we’re going to break the existing map into smaller chunks and connect them with portals, and then grow these chunks so they are sizable maps in their own right. After all, we’ll need space to fly our helicopters and drive around in very own death wagons now won’t we!

The benefits of all this new trickery is that it’ll improve performance in general because everything isn’t getting loaded up at once, we can create new play areas that attach to the existing game and the best part is that everyone is playing in the same game.

That last bit, quite important because it effectively means that in the end Zombie Barricades will be an MMO. But let’s not call it that just yet because it gives me the FEEEAR!

I should point out that it's still worth booting up the game in the meantime because loot drops have been tweaked and you can get your name on the shiny new leaderboards! 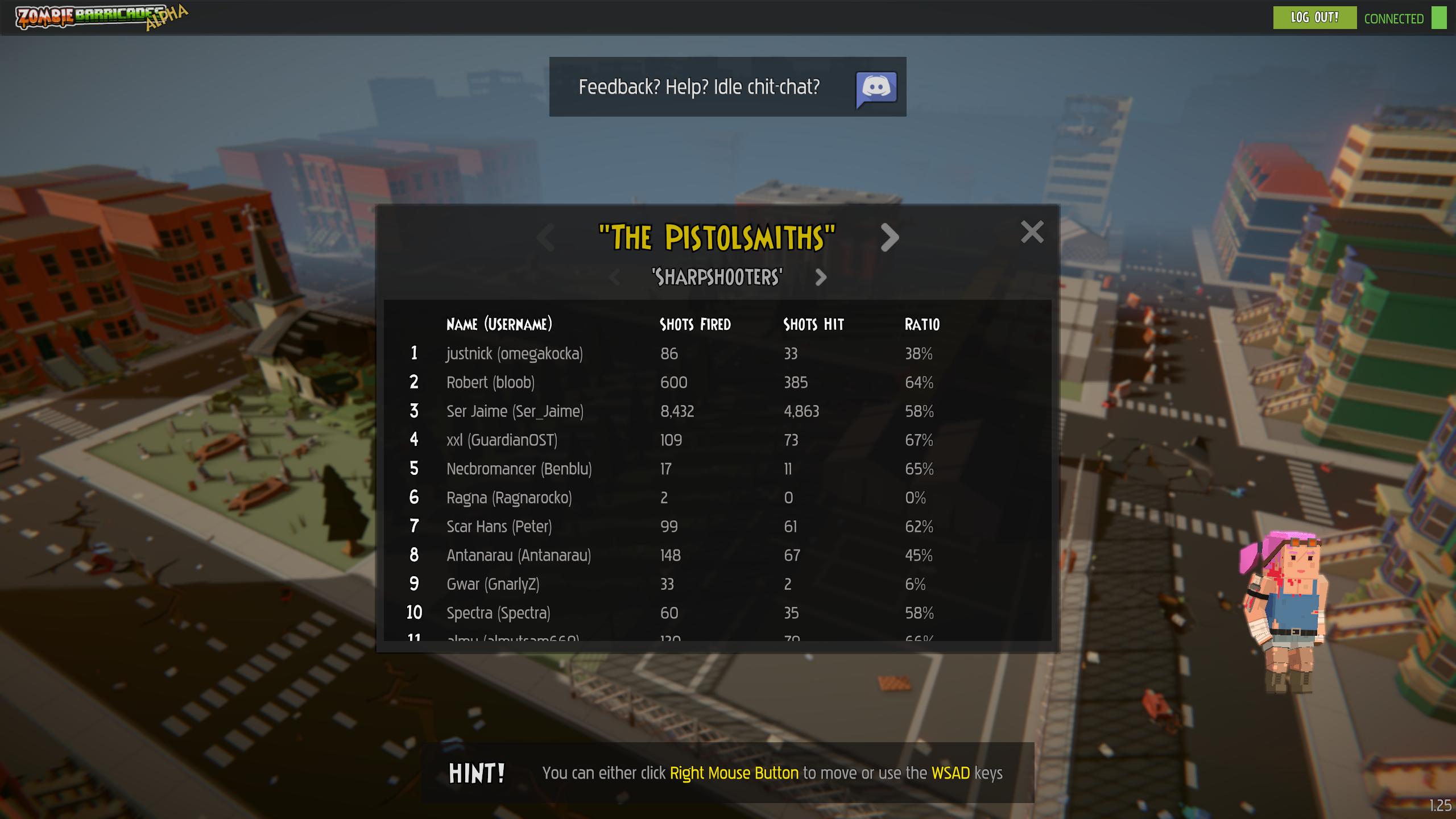 When is all this new stuff landing? Well we’ll see it being folded into the alpha within the next few weeks so I would be tempted to subscribe to the newsletter (and read the thing too) so you’ll know the second it drops.

Thankyou, thankyou a million thankyous for your support and from the team and myself, we wish all our fellow (unturned) humans a happy festive period and an even happier Christmas!